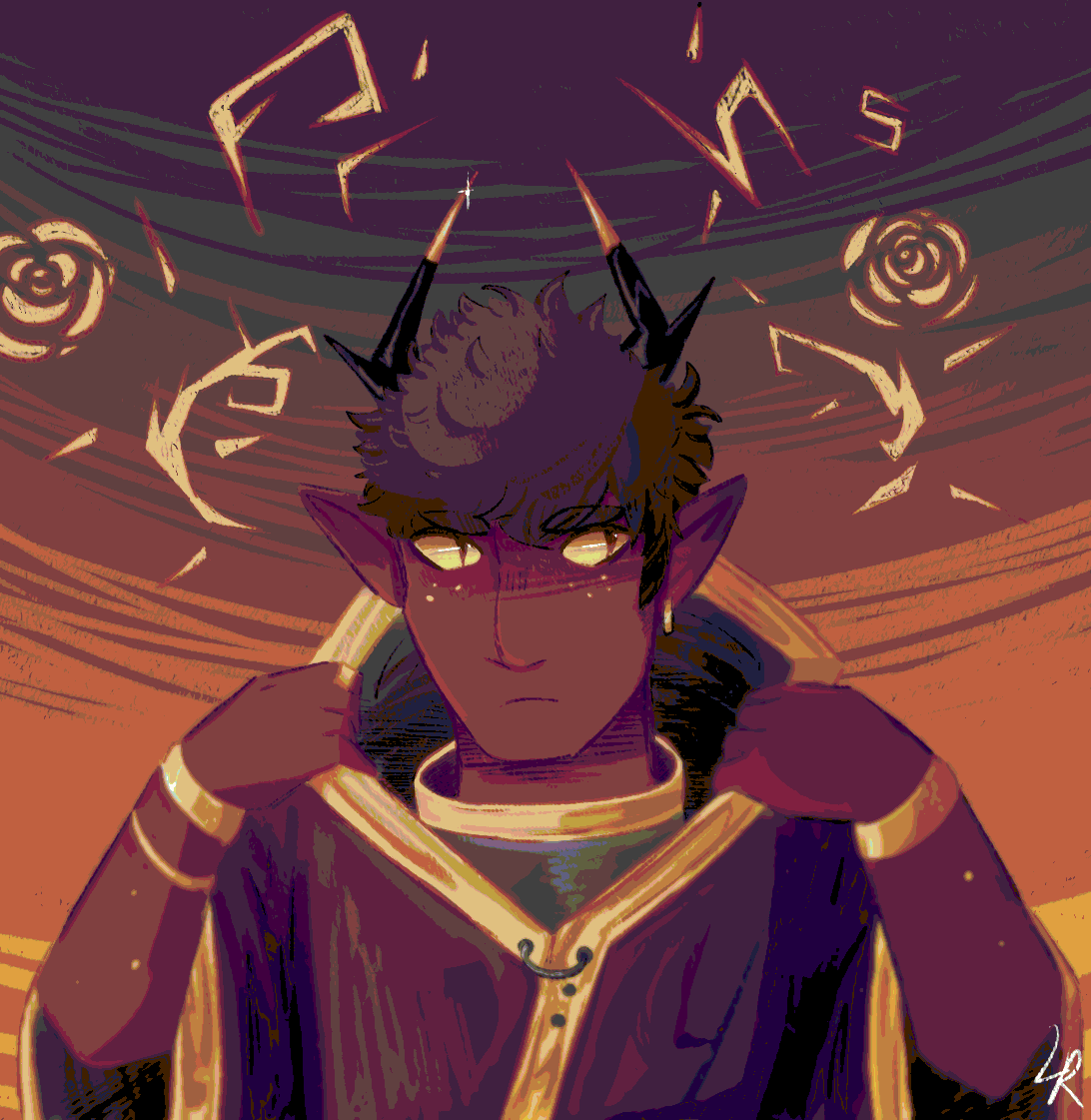 Shail is a tall, tiefling man, with rather refined tastes. He would be considered rather handsome, if not for his bright, glowering yellow eyes. He has a thin, sharp face, with a long flat nose that points towards the ground. Yellow flecks of freckles dapple his face, and his bright fierce eyes glare like flames.
He has two-pronged horns that sprout from his head and reach for the sky, tipped with golden caps as jewelry. He frequently dons luxiourious, flowing, silk maroon robes, decorated with golden threading.

He was raised around discrimination towards Tieflings, being part Fiend from the infernal planes. Working past this, he grew up in a well-respected school for magics, and wanted to grow up to be a mage.

He had a school rivalry with a girl in his class, who he competed with, and eventually rised above among the ranks of students.
He liked to leave the school grounds to leave in the woods outside of the city, but accidentally stumbled into a pond and emerged on the other end through the Feywild. He had accidentally discovered a dimensional passage.

In the Feywild, he met a fey, of which he fell in love with. He would frequent visits to the feywild, but his disappearances arose suspicion of attendants of the school.

One day, a very important artifact was stolen from the school library, and Shail was in the wrong place at the wrong time. Being the only person nearby, and his suspicions, he was blamed and driven off the school grounds by a mob. He was chased outside of city, where he fled to a ledge, and jumped to the pond he had frequented so many times before below.
There, he made a warlock's pact with the fey, granting him the strength to search for the artifact to clear his name.
He is presumed dead by everyone who knew him.